Seek out a suitable naming rights partner to help sponsor the reconstruction of the Vadnais Sports Center Dome—replacing it with a permanent 80,000 sq. ft. facility and field house—after its unforeseeable collapse from the April 2018 snowstorm. However, the partner in question needed to be more than just a source of capital, rather a local champion that could recognize the sports center’s full potential and breathe new life into a community hub that once belonged to so many youth sports families prior to its collapse.

The first step in the multifaceted process was to, of course, gain a better understanding of what the Vadnais Sports Center Dome had to offer for local partners. After all, this was more than just a sports facility, but a home away from home for youth sports families, friends, and enthusiasts alike. And while the turf dome was the only piece of the facility destroyed in the April 2018 snowstorm, its collapse created a void in the community, leaving local youth sports teams without a place to play and train. That said, it became our initial focus to shake hands with the organization’s project leaders, delve deeper into their community ties, and uncover valuable assets that could be deemed beneficial to potential naming rights partners. From our time spent with these leaders, we were able to paint a better picture of Vadnais Heights’ story, value, and demographics—who they served, how many they served, as well as their goals for the present and future. This preliminary “meet-and-greet” gave us the foundation and insights needed to develop the next step of our game plan: Outreach.

After digesting the information provided by Vadnais Heights’ project leaders, Front Burner Sports took to the workbench—developing an aggressive outbound strategy that would leave no stone unturned in the Twin Cities Metro Area. Given the sheer amount of media and marketing value recognized during the initial meet-and-greet, we continued with our plan which involved selling the naming rights to the new facility (whose proceeds would go toward building and operating a more permanent field house structure). We then reconnected with our friends over at Vadnais Heights to present our blanketed approach and strategy, of which was approved and accepted with open arms.

Hunt Down Potential Partners and Present the Naming Rights Opportunity

Once given the go-ahead from the project leaders at Vadnais Heights, Front Burner Sports worked around the clock researching and drawing up an extensive list of potential naming rights partners across the entire Twin Cities business community. Through this fine-toothed comb approach, we started making headway—landing ourselves in front of several renowned business leaders in the local area—and after weeks of daily appointments, Front Burner Sports finally uncovered the community champion they were seeking, beginning the naming rights contract negotiations with Twin Cities Orthopedics (TCO).

The stars were aligning as Front Burner Sports began facilitating contract negotiations between Ramsey County and their newly found friends at Twin Cities Orthopedics. Within the margins of the final contract included $1.95 million to be paid to Ramsey County over a 15 year period, with TCO gaining rights for usage of a 5,500 sq. ft. office space within the newly constructed sports facility. The community void was finally repaved with the Vadnais Heights Sports Center going on to become the TCO Sports Garden. The rest was history.

“Chris Potenza and Front Burner Sports was integral in securing a naming rights agreement for Ramsey County’s Vadnais Sports Center Dome facility. Chris was a strong advocate for the county’s best interests while working with our private partner to make sure they were receiving appropriate value as well. Chris is an experienced professional who is a leader in this market. I would welcome the opportunity to work with Chris in the future if an opportunity arises.”

“We’re grateful for this opportunity, and truly believe Vadnais Sports Center Dome is a big win for Ramsey County and the greater Vadnais Heights community. This naming rights agreement deepens our ties within the local community, and represents the exciting growth and opportunities coming to residents across Ramsey County.” 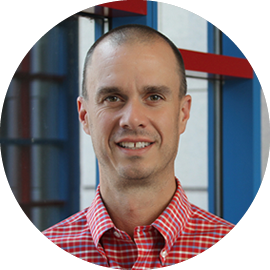 “The Vadnais Heights sporting facility offered a unique and highly visible marketing opportunity to potential partners. Because Twin City Orthopedics had already targeted this geographic area for expansion of their customer base, the naming rights opportunity provided visibility that would be difficult to achieve with any other type of marketing. We are proud to have played a part in bringing these two partners together for a win-win situation.”

Get Our Latest News & Updates!